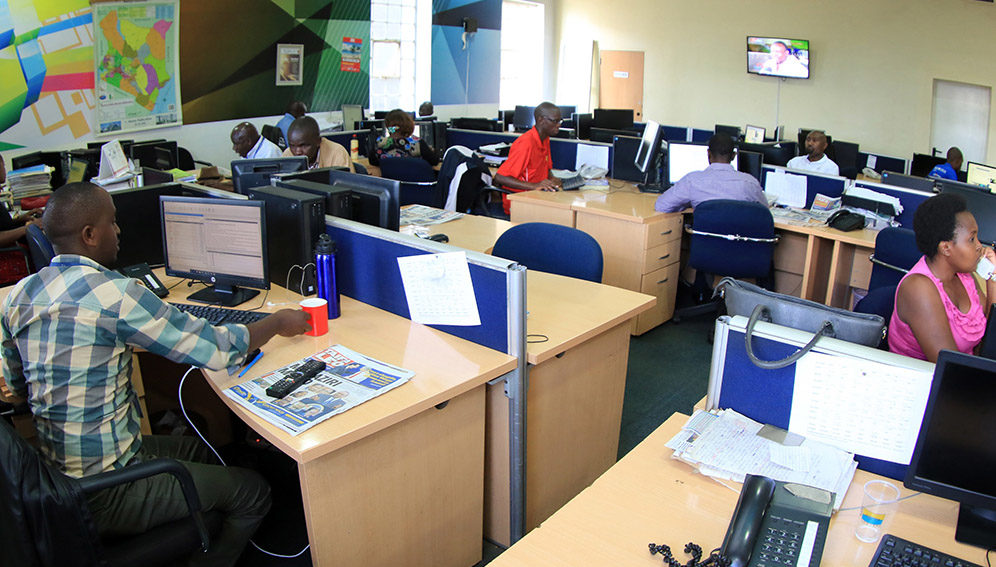 Script has revealed the first of its graduates to participate in a mentoring programme in collaboration with Nation Media Group.

Abet Tonny, Gilbert Nakweya and Syriacus Buguzi were selected after successfully completing the Script online course, Science Communication Skills for Journalists and pitching a science story idea. Each will be matched with a Nation media outlet in an East African country and a dedicated editor who will help refine their story idea through to final publication.

Abet is a science writer based in Lira, Uganda. His story idea will be developed into an article in collaboration with Daily Monitor in Uganda. Abet has several years’ experience as a freelance science writer. “I received this news with such great pleasure,” commented Abet. “I am optimistic this mentorship programme will be one of the greatest steps in my career in science communication and I am ready to give my best as I learn.”

In Kenya, Gilbert Nakweya’s story idea will be brought to life with an editor at Daily Nation. Gilbert studied at Moi University and then the University of Nairobi, and is currently pursuing a career as a science writer. “I am confident that this opportunity will be instrumental in developing my science journalism skills,” said Gilbert.

And finally, in Tanzania Syriacus Buguzi, a medical journalist based in Dar es Salaam will be developing his story idea with an editor at The Citizen.

The mentoring programme is a first for Script and it’s hoped the initiative will yield benefits for both mentee and mentor, with both united in the aim of bringing interesting and engaging science stories to consumers. Nation Media Group is the largest independent media house in East and Central Africa.

“This is an exciting initiative for Script, and we are thankful to Nation Media Group, and in particular David Aduda and the editors involved, for making this possible,” commented Charles Wendo, SciDev.Net Training Coordinator. “We hope that everyone involved in this experience will learn and benefit, and look forward to seeing the published stories over the coming months.”