You are here: Home / Updates /Script programme is helping me polish my science journalism 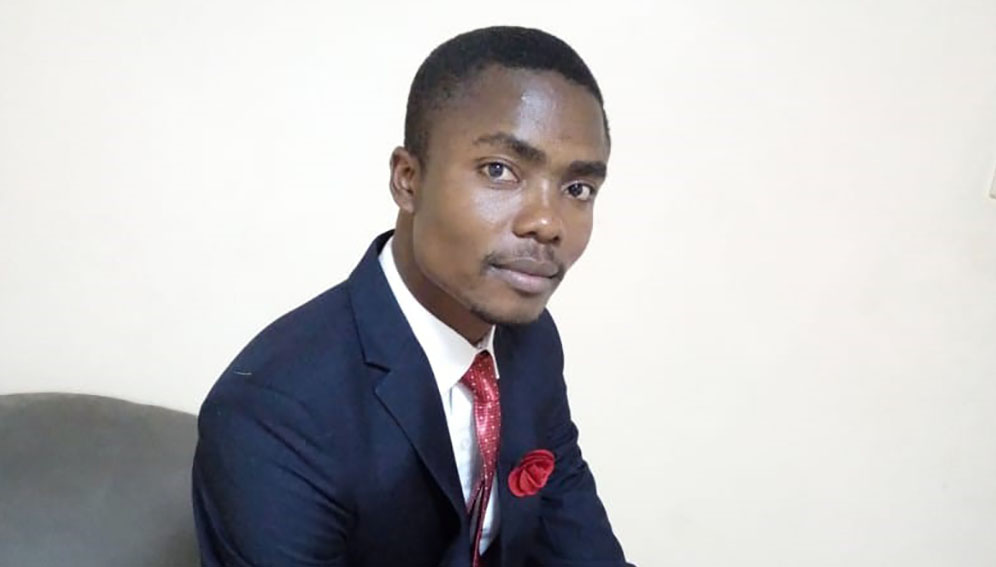 Script programme is helping me polish my science journalism

When I joined university to pursue communication studies and journalism almost eight years ago, I had an urge to tell science stories that could make a difference in society. I wanted to keep people informed about the latest developments in science, technology and innovation and the impact they could have on their lives.

At university, my colleagues and I kept searching for opportunities to write news stories. However, science stories were not daily bread, especially for the local media. The media focused on politics and science stories would only sell after they got a political angle.

But this was not what I actually wanted. I loved writing about science without a political inclination because I did not want people to be distracted from getting the science in the story. I then embarked on a mission to search for a media outlet that focused on science issues.

In my networking with journalists, I was introduced to Ochieng Ogodo, the regional coordinator and editor of SciDev.Net, Sub-Saharan Africa English edition. After sharing with him what I wanted, I realised that I was at the right place. He introduced me to science writing and helped me to practise what I learnt in class.

That is how I started my science journalism career. The journey has not been easy as it involves a lot of reading, researching and critical thinking. In some instances, I have to construct, deconstruct and reconstruct for me to develop content for my readers. It is also not easy to get scientists for interviews in time, especially for news stories. So I realised that I needed to continue learning even as I practised.

I am always looking for opportunities and networks to build my capacity in science journalism. One such moment was when I attended the Next Einstein Forum in Kigali, Rwanda in March 2018. SciDev.Net in collaboration with the charitable institution Robert Bosch-Stiftung launched a platform called Script that would be pivotal in building the capacity of science journalism and communication in Africa. The approach of Script is unique, timely and focuses on building the capacity of both scientists and journalists to communicate.

Learning how to make science more interesting to the general public

Script is very crucial because it will help reduce mistrust between scientists and journalists. During the forum’s launch, Script curriculum developer Dr. Charles Wendo challenged journalists to reflect on how to simplify scientific information and make stories interesting without misrepresenting the science.

My take home back to Nairobi was: “How can I as a science journalist make science more interesting to the general public, including policy makers?” As I pondered on this, I enrolled for the Script online course in science journalism.

The course modules had been organised and written in a simple language, which made it easy to follow and conceptualise key issues in science journalism. I particularly enjoyed tips on how to pitch stories successfully. As a freelance science writer, pitching is one of the things I do almost on a daily basis. It was not always easy to pitch and convince an editor that ‘look, there is an interesting story here’.

In the past, I would pitch a topic and not show what the story was and why people should care. But now I know how to show the story to the editor in a pitch. It could be the reason why three quarters of my pitches over the last few months have been successful.

Tips for writing the ‘golden quote’

Tips on writing the ‘golden quote’ have also been instrumental in improving my work. Sometimes, you can interview experts or listen to presentations but fail to get juicy a quote. I now know how to get a golden quote and what it constitutes. Quotes are very important in articles because they are some of the key hooks that get readers to the story. These are just but a few examples as the course is very rich in information that can help journalists to communicate science effectively.

I am also excited that my relationship with Script is still on after being selected for a mentorship programme with the Nation Media Group. I am looking forward to meeting my mentor and further hone my skills. This is another chance to put into practice the knowledge from the Script course.

The mentorship approach is very instrumental in the development of science journalism in Africa. It is no doubt that science, technology and innovation will play a critical role in the transformation and sustainable development of Africa.

This implies that the continent needs to build a robust system for communicating science effectively so that it can guide policy and personal decisions. The few science journalists we have should mentor young journalists and build their capacity by giving them practical skills.