You are here: Home / Updates /How journalists, scientists can stay relevant in today’s world 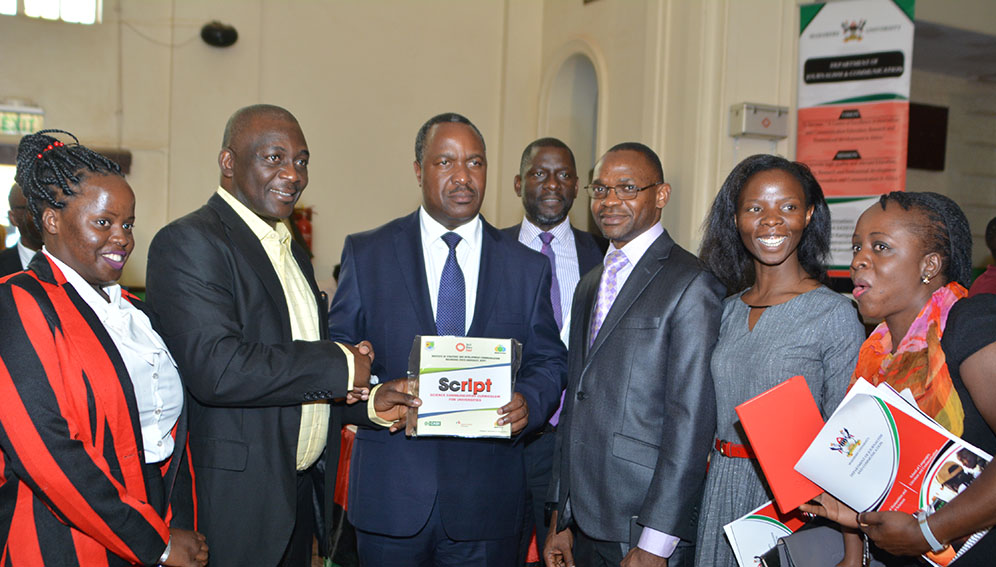 How journalists, scientists can stay relevant in today’s world

What can journalists in Africa do to remain relevant in an ever-changing media environment?

Firstly, journalism is shifting from simple event-based reporting to providing explanations. People want to know not simply what has happened but also what it means and how it is likely to affect them.

Secondly, journalism is increasingly becoming interdisciplinary – that is – besides the skills for reporting news, journalists need a deeper understanding of the world they live in, and that understanding is rooted in science. That knowledge helps them to put the story into perspective.

Thirdly, journalism is shifting from pointing out problems to reporting solutions. “The world is tired of being told what has not worked. They want to know what works,” Kalinaki said.

The value of science journalism

In effect Kalinaki, who also chairs an association of editors and content managers in Uganda, alluded to the value of science journalism. Science provides explanations and solutions. The combination of science and journalism is interdisciplinary.

“A good way to introduce yourself to scientific thinking is to imitate the thoroughness with which scientists question everything until they prove it rather than simply reporting because someone has said it,” Kalinaki advised journalists.

Bazeyo, a professor of occupational health, explained that journalists are an important link between scientists, policy makers, communities and development.

“A scientist will do research but for that research to make sense to development it has to be communicated,” he said. “You cannot be a successful researcher unless you work with someone who can analyse the information and make people understand it.”

Knowledge gathered and kept on shelves is useless

Recognising that research is necessary for development, the Government of Uganda has allocated 30 billion Uganda shillings —about eight million US dollars— to Makerere University for research in the 2019/2020 financial year. The Minister for Science, Technology and Innovation, Elioda Tumwesigye, explained that the allocation was a presidential directive.

“There are many competing priorities on the budget but the President put his foot down and [gave] 30 billion to Makerere,” Tumwesigye explained.

There is a catch involved. Scientists who receive this money will be under obligation to ensure their research informs policy, which means they have to communicate it effectively.

Need for skills for communicating science

However, the skills for communicating science do not come naturally, which is why various speakers at the media convention emphasised the need for training. The Minister cited Script online courses, ‘Media Skills for Scientists’ and ‘Science Communication Skills for Journalists’ as well as university training at Makerere, as useful sources of learning for scientists and journalists.

Makerere University is one of the African institutions that have received support from SciDev.Net through the Script project to introduce science journalism and communication into their curricula. Robert Bosch Stiftung of Germany provided financial support while SciDev.Net provided technical expertise.

Charles Wendo is the Training Coordinator for SciDev.Net