You are here: Home / Updates /Researchers convince journalist their studies are newsworthy 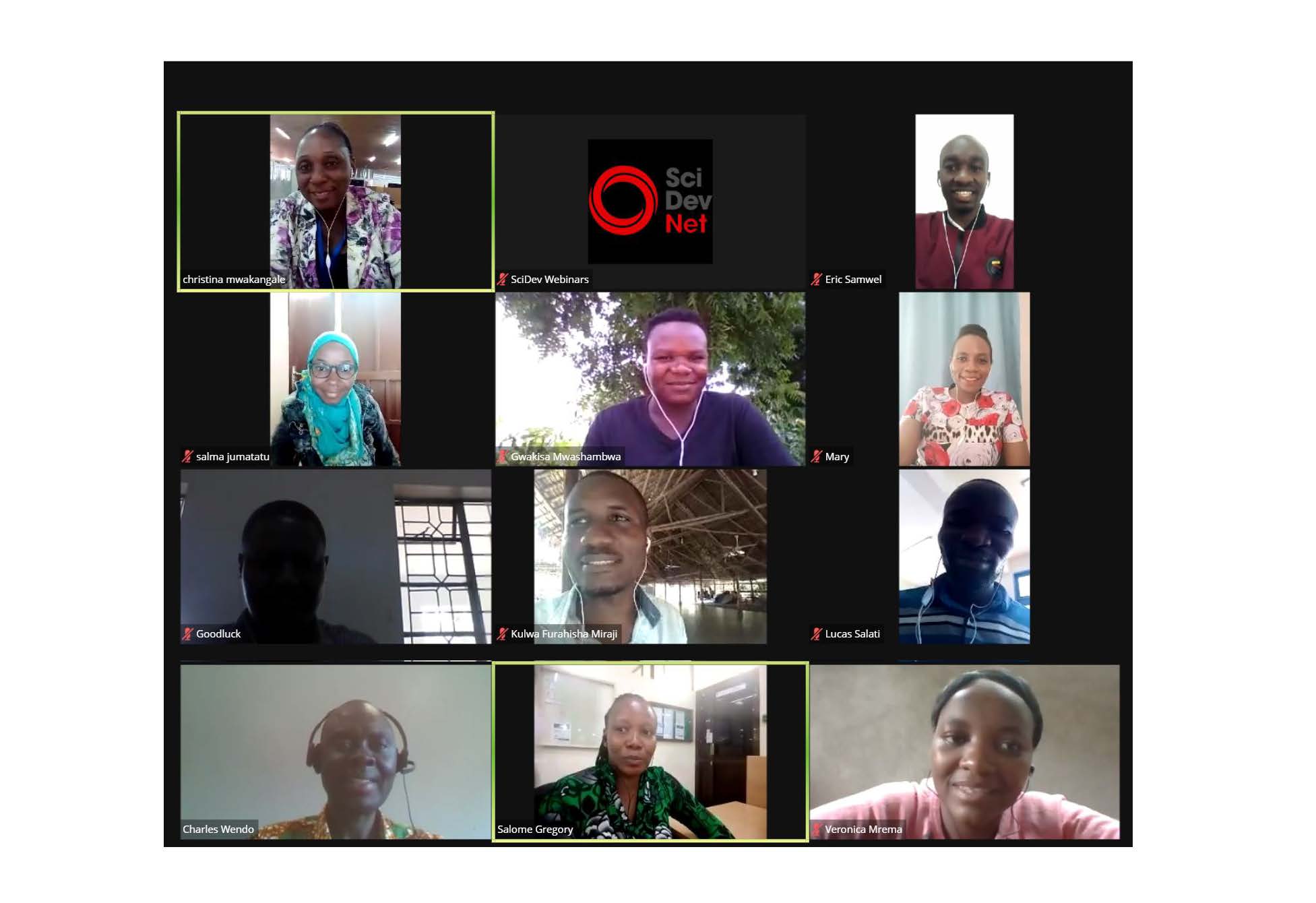 How can a scientific researcher convince journalists within 2-3 minutes that their study is worth reporting on? This has been one of the topics covered in media skills training conducted by SciDev.Net’s training programme, Script.

From 24th to 28th January 2022, it was the University of Dar-es-Salaam’s turn to receive training. It was the ninth in a series of Sida-funded research communication trainings for scientific researchers in developing countries.

Tips on how to pitch

To give the scientific researchers an opportunity to practise what they learnt, Script programme arranged for a ‘speed-dating’ event. The session began with a recap of how to successfully pitch research findings to a journalist. In summary, below were the tips.

Three minutes with a journalist

Seven scientific researchers participated in the event, out of 33 that attended the training. Each of five journalists sat in a Zoom break-out room. One or more researchers joined the journalist in each breakaway room. Typically, the session began with 1-2 minutes of greetings, introductions and exchanging contacts. Each scientific researcher then spoke about their study for 2-3 minutes. And finally, the journalist asked some questions if anything was not clear.

After five minutes, every scientific researcher was moved to a new break-away room to meet another journalist. This gave each researcher an opportunity to pitch their findings to 2-3 journalists.

One scientific researcher did not have their own findings to present. However, they had newsworthy information based on a review of various research studies on the topic.

What the journalists thought about the session

At the end of the session, journalists stated that all the findings pitched to them were potentially newsworthy. However, this was a training session and not a news-making event. Journalists were free to, but not required to report news on the studies they heard about during the event.

What the researchers thought about pitching to journalists

For Kulwa Furahisha Miraji, Researcher at Tanzania Agricultural Research Institute, it was the first opportunity to pitch to a journalist. “When I was told to pitch within less than five minutes, my conscience was that the time was too short. I started to figure out how to summarise the information and to my surprise, I finished within two minutes. This first experience helped me to make a better pitch when I went to the second journalist,” he said.

Similarly, Dr. Suma Kibonde, a lecturer of Geography and Environmental Management, stated: “This has been very good and practical. In the first pitch I did not do well, the journalist had to guide me. This helped me to perform better in the second pitch.”

Speed-dating has been a key component of Script programme’s training since 2018. The first speed-dating event was in March 2018 during the Next Einstein Forum in Kigali. Since then Script, has carried out more than 10 other training-related speed-dating events, often with modifications to suit the circumstances. For instance, where we had more scientific researchers than journalists, it took the form of speed-pitching. In speed-pitching, the journalist met more than one scientific researcher at once.

A key lesson from speed-dating events is that scientific research findings are often newsworthy. A second lesson is that often, researchers are happy to share their findings with the media and public.

Indeed, effective communication can help scientific researchers to contribute better towards national development. “The challenge we have, which has been echoed by the Prime Minister, is that we conduct research but we are not that effective at communicating the findings. So, most of the research remains with us,” said Dr. Mathew Senga, Research Grant Coordinator at the University of Dar es Salaam.  “ This training has given us the skills and confidence to communicate research findings. I hope we can organise more trainings of this nature in future.”