You are here: Home / Updates /Launching a career in science journalism 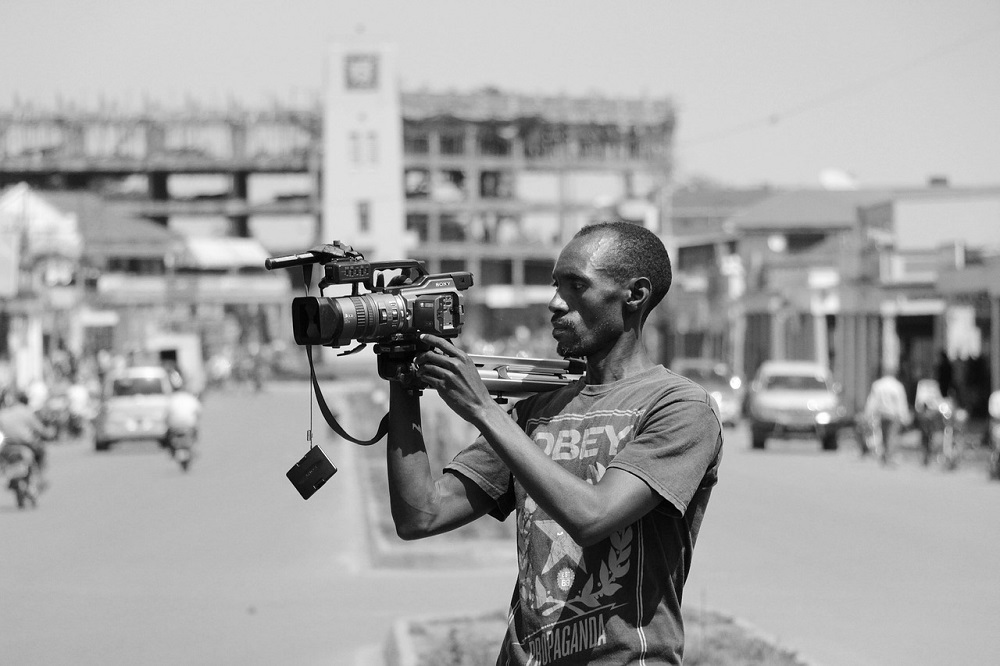 Launching a career in science journalism

Six graduates of SciDev.Net’s Script programme asked these questions recently after a successful mentoring programme with Uganda’s New Vision. And they got some answers.
Prior to placement at New Vision, the six completed the Script Science Communication Skills for Journalists free online course. They won a mentoring opportunity at New Vision by successfully pitching science story ideas.

One of the mentees, Sam Wamani, said the programme was both exciting and challenging. He described the mentoring as “a great experience”. Wamani, a scientist, wrote eight news and feature stories. Of these, two were front page stories. “The first story was very challenging since I was coming to a new field,” he said.

Wamani went on: “I have learnt how to turn complicated research into a simpler format. Through my stories a lot of people got to know me; I became a local celebrity among my peers.”

All together, six mentees published 20 stories in print and online. These were news stories, special reports, features and analyses. Out of 20 stories eight – slightly more than a third — were flagged on the front page. This is considered an achievement in a region where science stories rarely make it to the front page.

When the three-month mentoring programme came to an end, the mentees asked; “What next?” To answer their questions, Sript programme and New Vision arranged a two-hour webinar on May 3. The webinar focussed on “launching a career in science journalism”.

Francis Kagolo, senior producer for news and current affairs at Vision Group, was one of the key speakers. Vision Group is New Vision’s mother compamy.

Kagolo started off by encouraging more journalists to report science. “If anyone was joining journalism today I would advise them to become science journalists because that’s where they will remain relevant forever,” he said.

Opportunities for journalists in science

New Vision newspaper, for instance, frequently publishes science stories in the news, health, agriculture and general feature sections. The newspaper encourages journalists to specialise so that they can report more accurately and impactfully on science. They also support and encourage journalists to take refresher short courses in reporting science.

“Due to the challenges of COVID-19 which forced us into cost-cutting, newsrooms don’t encourage specialisation. But when it comes to science we encourage journalists to specialise,” said Kagolo.

Kagolo, however, encouraged journalists to originate story ideas as opposed to waiting for press releases and invitations from scientific institutions. To do this, they need to follow patterns and trends. “Many science journalists have become interpreters of science. They wait for scientific institutions to give them stories yet science stories are everywhere,” he said.

Kagolo clarified that editors of the mainstream media want science stories that address the issues that most people in society care about. Scientific developments that do not directly impact on or appeal to the public are less likely to win space. This might explain why nearly all the 20 stories published by mentees at New Vision were on either health or agriculture. Most of the challenges facing society in the region are related to health and agricultural productivity.

The pitch needs to clearly answer the following questions: What is the story about? What’s new about it? Of what relevance is the story? What are the clues that show there might be a story?

Nakweya highlighted some media outlets that publish science stories. They included SciDev.Net, Nature Africa, Havard Health Magazine and Mongabay. Others were University World News; Bhekisisa and The International Freelancer. He also advises science journalists to approach local mainstream media such as New Vision and Daily Monitor. These would normally take stories on scientific developments that are of interest to the public and policymakers.

To win a story grant, journalists need to be clear about the story they want to do and what societal problems the story would solve. They need to know the terms and conditions of the grant, and observe the timelines and deadlines. The grant application should clearly outline the activities, work plan and related costs.

To find grants, journalists need to sign up for updates from grant-giving organisation so that they know when grants become available. The World Federation of Science Journalists, for example, sends alerts to its member association. Other organisations that often share grant opportunities are: International Journalists’ Network, Infonile and Global Investigative Journalism Network.

And finally, Nakweya proposed the following as ways to succeed as a freelance science journalist:

The message from Kagolo and Nakweya was clear: You do not need a job to earn a living as a science journalist. Editors will find space for a science story if it is well-written and addresses an issue of interest to society. Besides, some institutions are happy to offer small grants to enable journalists to report good science stories.