You are here: Home / Practical guides /How to become a star science journalist from scratch 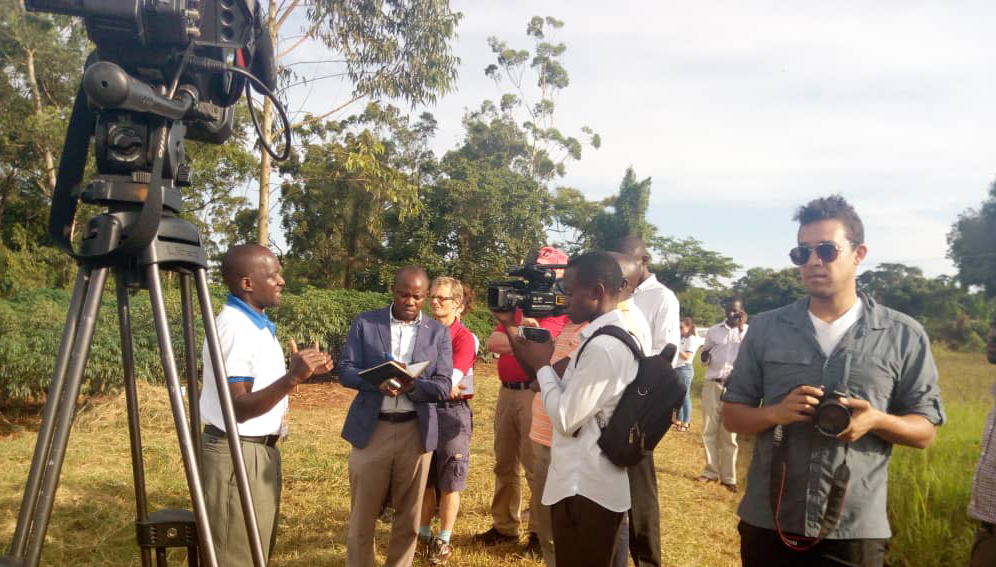 How to become a star science journalist from scratch

What science journalism is all about

Have you ever received a social media message about an alleged cancer cure and wondered whether it was true? Do you ever wonder why some fruits turn yellow or red when ripe? What about the sky, why is it blue and what lies beyond it? Do you ever wonder about the implications of heavy rains that occur during a supposedly dry season? What about innovations like blockchain technology, do you ever wonder what they are and what is in them for you, your family, community and country? What is the best policy for your government to adopt on genetically modified foods?

Many of the things human beings wonder about can be explained using scientific knowledge that has been generated through research and discovery over time. In addition, scientists are continually carrying out research to create new knowledge and technologies.

The practice of getting this scientific knowledge and reporting it in the mass media in a language that is comprehensible to a non-specialist is science journalism. Science journalists may either report about new research findings and innovations or use old scientific knowledge to explain a contemporary issue or trending topic. The science journalist has to simplify scientific information so their audiences may understand it, and make it relatable to their audience so they may pay attention to it. A science story focuses on the science rather than socio-political dimensions of the issue at hand. A news report about a tornado striking a place for the first time in 50 years and scaring onlookers is not necessarily a science story. A story about why the tornado has come at this point in time and what it means for the future is a science story.

Always be mindful that science journalism is based on scientific evidence. Journalists are bound by professional ethics and institutional requirements to verify information before publishing it. If people are going to use on your information to make important decisions about their lives, your source should be credible and you have to interpret and report it accurately.

By themselves journalists may not know whether the information provided by a scientist amounts to credible evidence. Therefore, it is important to establish whether the information has gone through the scientists’ normal procedures for verifying evidence. In fact some scientists propagate false claims by rushing to post it online, giving the story to unsuspecting journalists or publishing it in bogus journals.

The acceptable way among scientists to announce their research findings is to write a research paper and publish it in a credible journal. The paper explains the background to the research, methods used, results, the implications of those results and the researcher’s conclusions.

Before publishing the paper, the journal gives it to other experts in the same field to see whether the research was carried out using appropriate methods and the results provide enough evidence for the scientist’s conclusion. This process is called peer review.

1.    Take skills-based courses such as the Script Science Communication Skills for Journalists online course.
2.    Some universities such as Nasarawa State University in Nigeria and Makerere university in Uganda have embedded science journalism training in their curriculum while Stellenbosh University in South Africa has stand-alone science communication programmes at post-graduate level.
3.    Read available literature such as this and related practical guides.
4.    Practise: The more science stories you report the better you become.
5.    Join professional associations. The World Federation of Science Journalists has a list of member associations across the world. Join them to learn from other science journalists and get to know about opportunities.
6.    Attend conferences such as the World Conference of Science Journalists. Some conferences organisers may sponsor travel and accommodation costs for delegates who would not otherwise be able to attend.
7.    Seek fellowship opportunities such as Knight Science Journalism Programme at Massachusetts Institute of Technology.
8.    Follow science news outlets online to learn from other journalists’ work and to keep up-to-date. You cannot know what is new if you don’t follow key scientific developments regularly. Similarly, follow scientific bodies and professional associations online viaTwitter, Facebook and blogs.
9.    Just start. You may have been covering other beats and you want to start reporting science news. Don’t wait. One of the best forms of training is the day-to-day feedback you get from an editor when you pitch and submit a story.
10.  Find a mentor and role model to guide you.

Wondering what to write about? Here are 10 ways to get story ideas:

1.    Look out for new research findings, for example the story Air pollution cuts worker productivity was based on a new research finding. You can get to know about new research findings by subscribing to science news alerts such as Eureka Alert and AlphaGalileo, checking the websites of credible scientific journals or subscribing to the mailing lists of research institutions.
2.    Keep wondering about the things you see, feel or hear and look for the scientific explanations. Science journalist Maggie Villiger explains this well in her article Science of everyday life: 5 essential reads. Her story, Using your phone on a plane is safe – but for now you still can’t make calls, is an example. She started by wondering why people are asked to switch off their phones inflight. Then she looked for a scientist to explain how cell phones work and how that might be a problem during a flight. The result is an informative and interesting story.
3.    Similarly you can start by wondering about the scientific explanation to an incident or trend, for example The surprising reason why some Latin Americans have light skin, or Total lunar eclipse on Jan 20-21 will be the last until 2022
4.    Look out for local, national and international policy developments related to science, for example Indigenous people to have say in UN climate policy; Africa needs to be firm against toxic waste dumping.
5.    Look out for successful practical application of science and technology, for example weather forecasts and implications.
6.    What’s happening to scientists, for example Q&A: ‘I emigrated when my lab was turned into barracks’. Similarly Kenya approves limited GM maize release is a policy-related science story.
7.    Scientific debates and controversies make news, for example UN warns climate change impacts security, US ignores link.

Where to get the information

A good science reporter must know how to get news, and from where.

In March 2018 the Script project held an editors’ round table during the Next Einstein Forum Global Gathering in Kigali, Rwanda to discuss the way forward for science journalism in Africa. Below are some excerpts:

Bothina Osama, SciDev.Net:
We have a low number of journalists who are dedicated to science reporting. The problem is not audiences. The problem is, can we package science in an interesting way? If you tell the story to your grandma and she can understand it, that is a good story.

It is not enough to train. Journalists need mentorship to be able to do a good job.

Juliet Masiga, The Conversation Africa:
If you go and tell the editor about artificial intelligence they will not listen. If you tell them the scientist is teaching machines to speak my language they will say wow!

Haruna Idris, Radio Nigeria:
We need to focus on the science that affects people directly. There is need to explain how a particular science affects people. The ordinary person wants to know how he can bring light into his life, he does not want the technical jargon about how his battery works.

A science journalist can work as either a freelancer or staff writer, with either media outlets that specialise in reporting science news or mainstream media outlets that have science-related sections. Examples of specialised media are SciDev.Net, Science Magazine, New Scientist, Nature News and PLOS Research News. A number of mainstream publications such as BBC, Reuters, Kenya’s Daily Nation and The Guardian of Nigeria have science-related sections that may go under different names such as Science, Technology, Environment or Health. Mainstream publications may also publish science-related stories of public interest even when they don’t have a section labelled Science.

Most science journalism freelance opportunities and jobs are given on the basis of ability to report a good story rather than formal qualification. Most editors are likely to ask for samples of your previous work before they give you an opportunity.